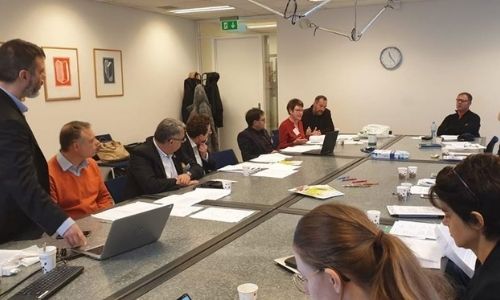 Friday the November 8th we had our annual General Assembly in Amsterdam. In the first half of the General Assembly we discussed the financial matters of the ECDN, followed by a fruitful discussion of proposals of change to our statutes and internal rules. Following this Marcel Warnaar from NIBUD had an exciting presentation on the financial position of households in the Netherlands.

In the second half of the General Assembly we talked about the priorities of the ECDN for the next years – both the thoughts of the Management Committee and the members were discussed. This was followed by two discussions, the first on a Code of Conduct and Quality Standards. The second discussion was on the legal aspects of insolvency procedures within the member’s countries. The members agreed that the ECDN should continue the work on both subjects, as they are relevant and important aspects of the fighting of over-indebtedness within Europe.

In Dublin to meet with CIB / MABS